An excellent overview of the North Cascades with wonderful pictures and a chapter dedicated to the Lookouts is: 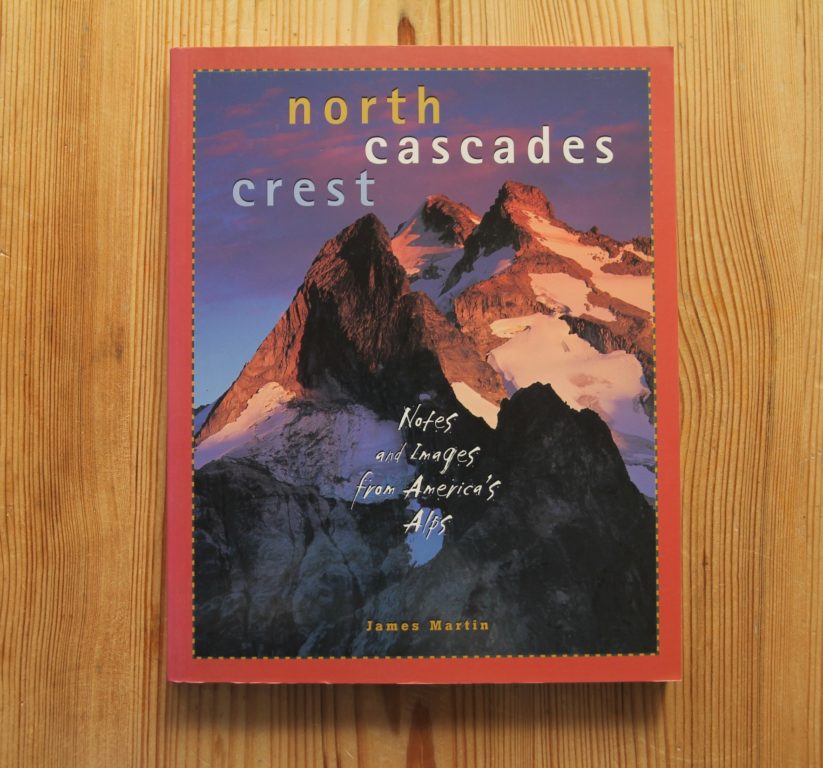 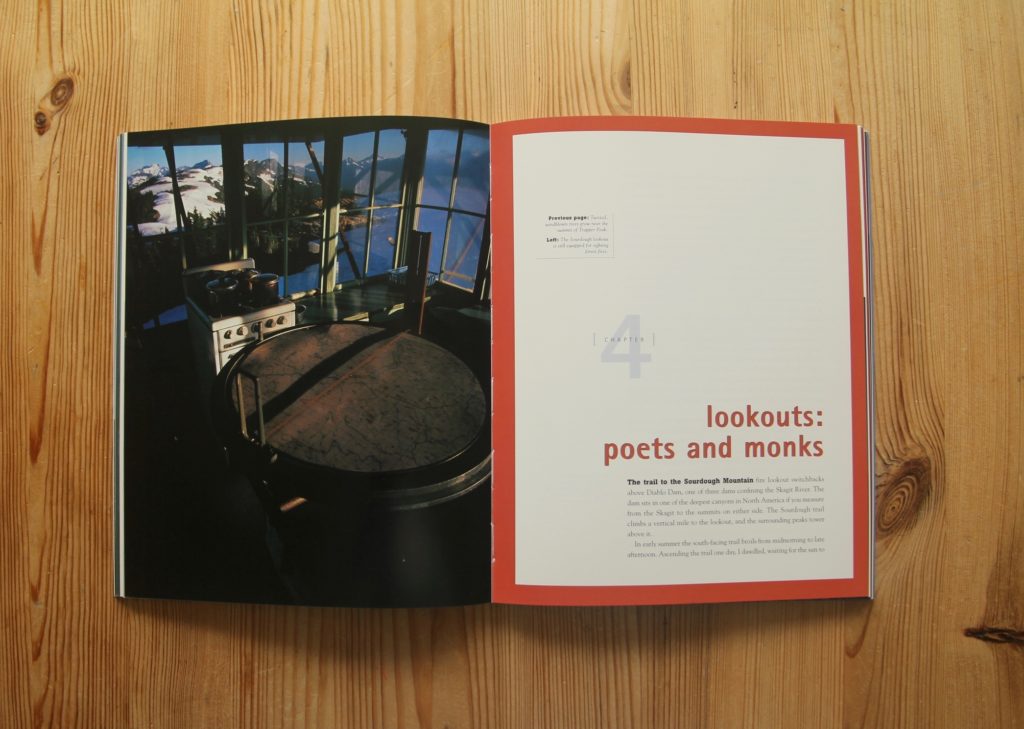 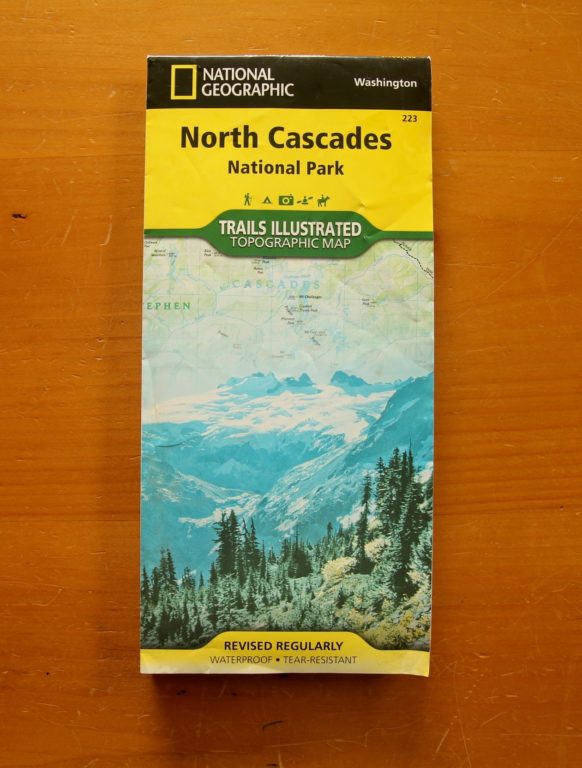 The current lookout on Desolation is Jim Henterly who has been there now
seven years.  He has decades of fire and firelookout experience on many
peaks and will be able to answer any questions you might have.  He is also
a friendly great guy, an ex Army Medic as well as an current fire fighter and EMT
in Whatcom Country. Like myself, Jim enjoys drawing and painting and has done some really
cool logos for the NOCA Fire and Trail Crews among many other artistic things.

There is recently a short film on Vimeo featuring Jim up on Desolation that also shows some of his art
here:   https://vimeo.com/442567494

Jack Kerouac is not well known these days especially by folks born after 1990.  In his day though, he was a very well know “Beat Writer “—  in fact arguably the best. He was certainly the most prolific writer of the bunch.   Jack was known in some circles as the King of the Beats.  As of a few years ago — his manuscript of  On the Road   held the record for the highest price paid for a work of American literature. I happened to accidentally see it in person about 15 years ago in the main San Francisco Library where it was displayed under a long glass table .  Jack typed it in his run- on sentences style on teletype paper which comes in rolls and is yellowish and kinda of translucent thin.  By typing on a continuous roll supposedly he could keep his train of thought/words going without having to switch pieces of paper all the time. 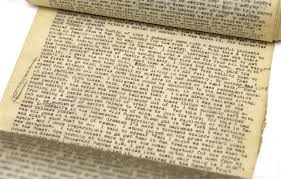 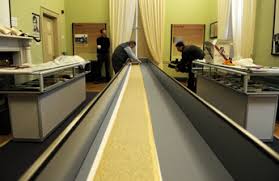 The three books by Jack Kerouac that mention the Desolation Peak are:

The are many books on Kerouac’s life and writings.  Two of my favorite are: 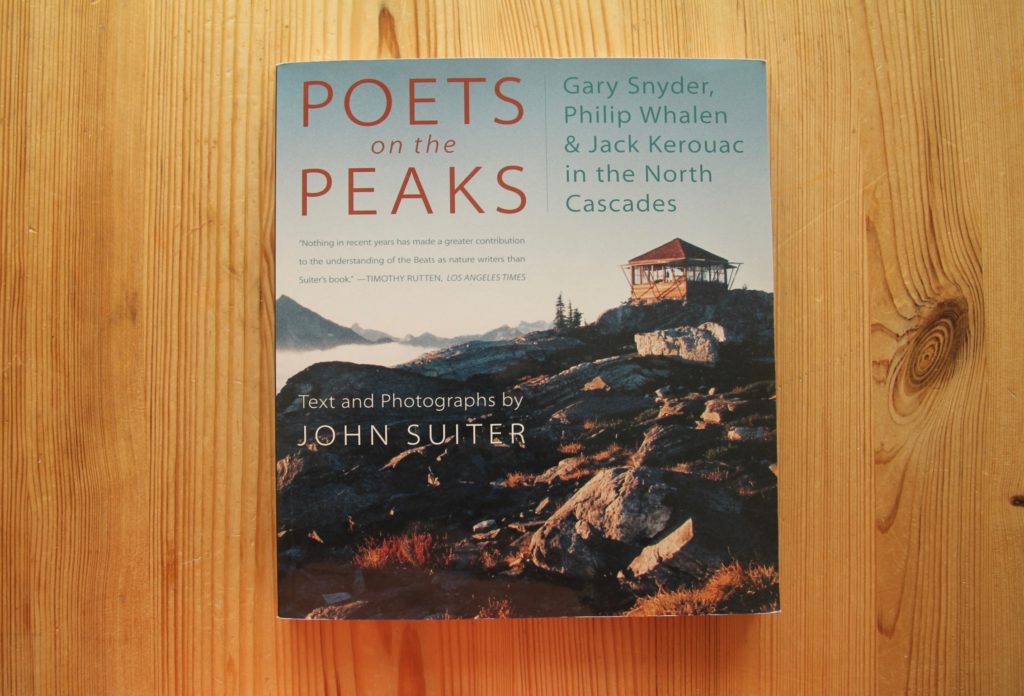 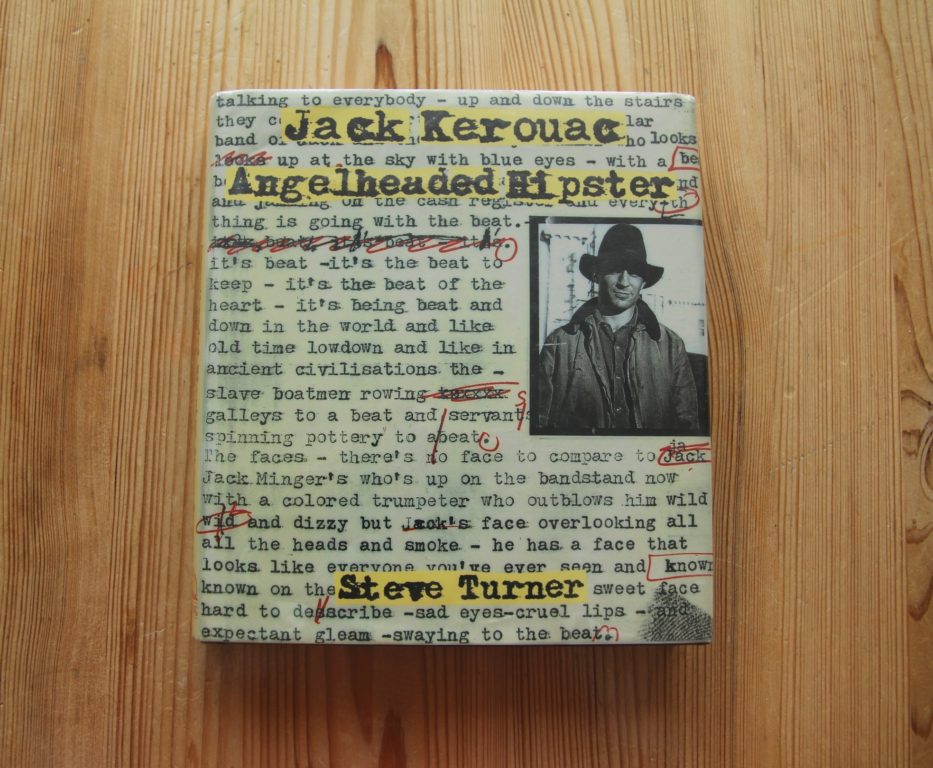 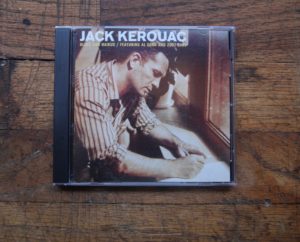 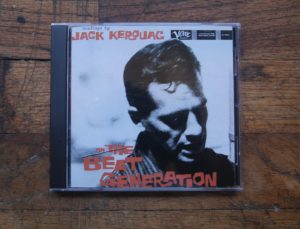 I do paintings the size of postage stamps.  To see more of that art — visit my
other website : 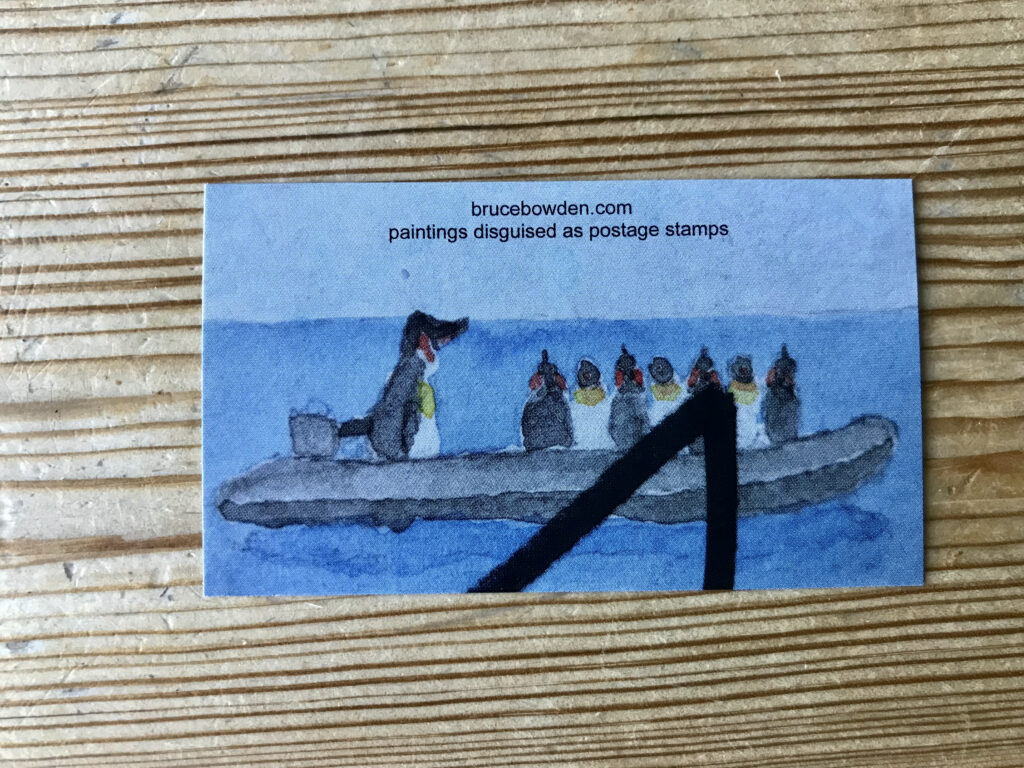 and look for paintings from the imaginary country of Dharma Bums.  Here are a few of those that were done or started up on Desolation: 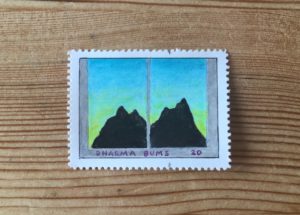 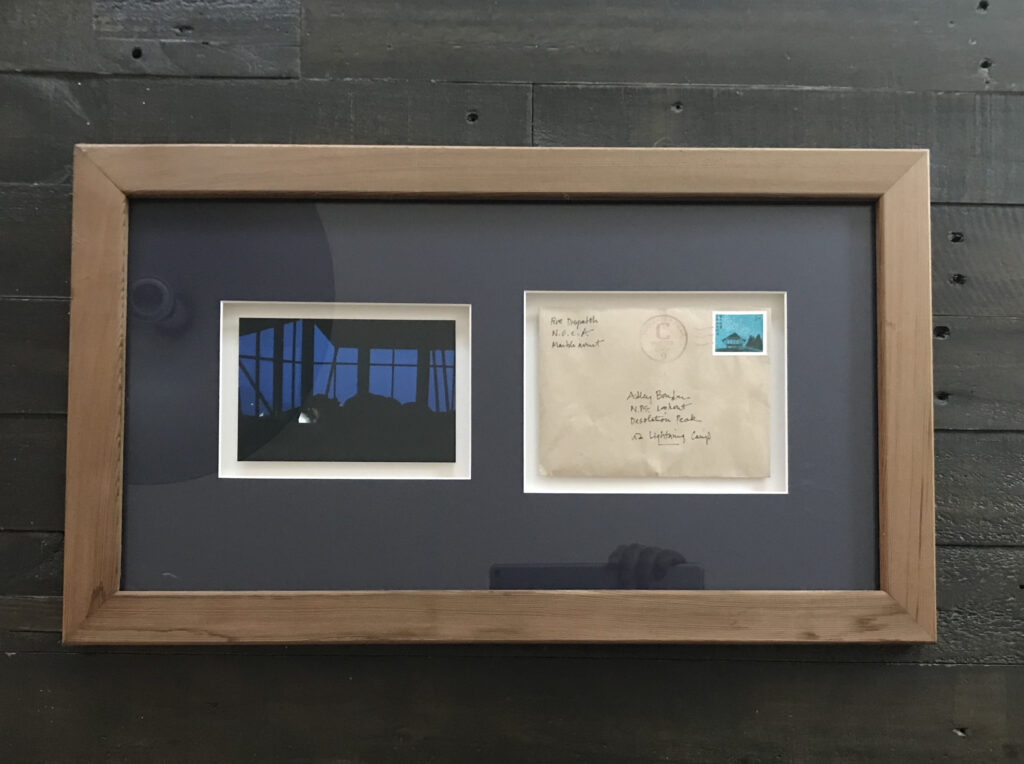 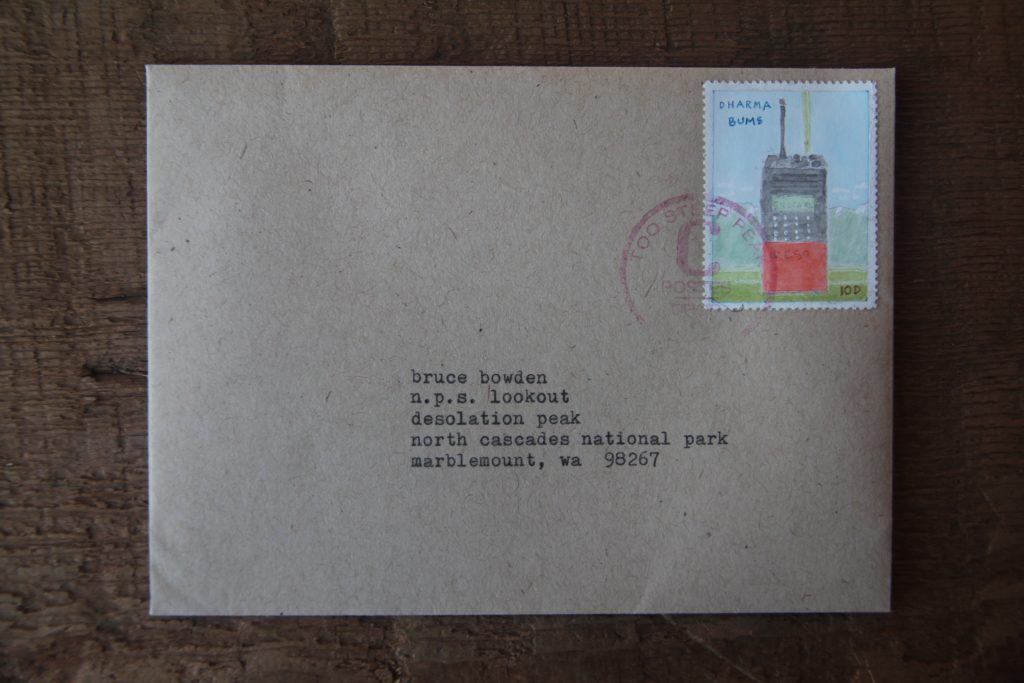 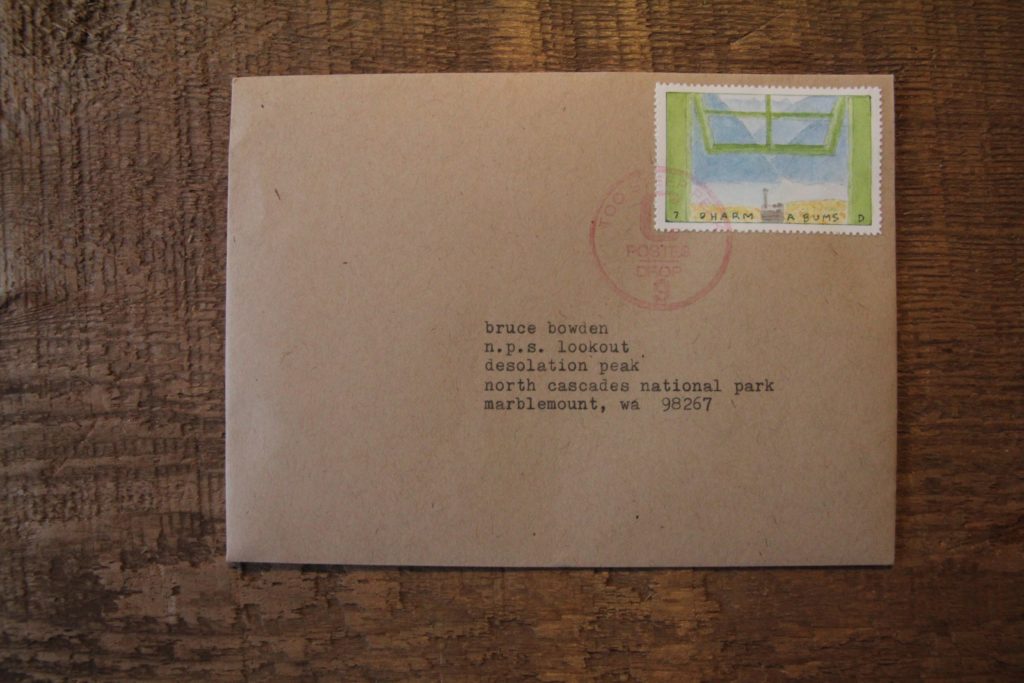 Washington’s National Park Fund is a non profit that use charitable donations from folks to improve Washington State’s three national Parks including the North Cascades Park.  Here is their website:

John Scurlock is a firefighter by trade here in Bellingham but lives up in the mountains and has for years flown his little homebuilt airplane over the North Cascades ( and elsewhere ) taking photographs. I remember seeing his yellow plane one time at Desolation.  Anyway I purchased a couple of prints from him and here is one of Desolation Peak and the LO in the early winter. 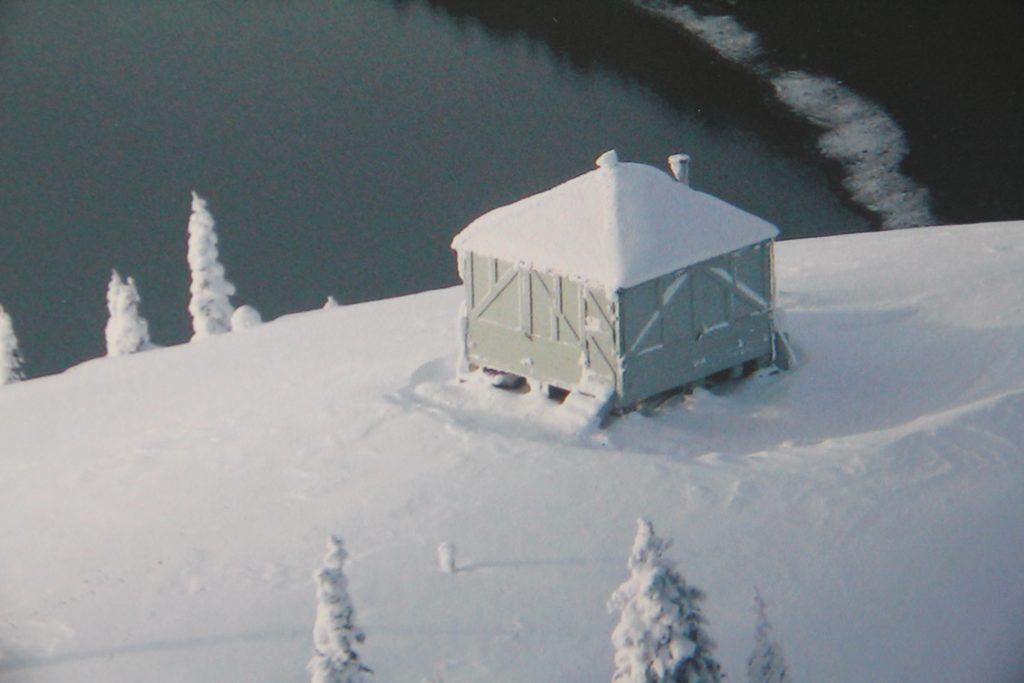 He has a marvelous book of his aerial photography entitled Snow and Spire which I recommend to you. 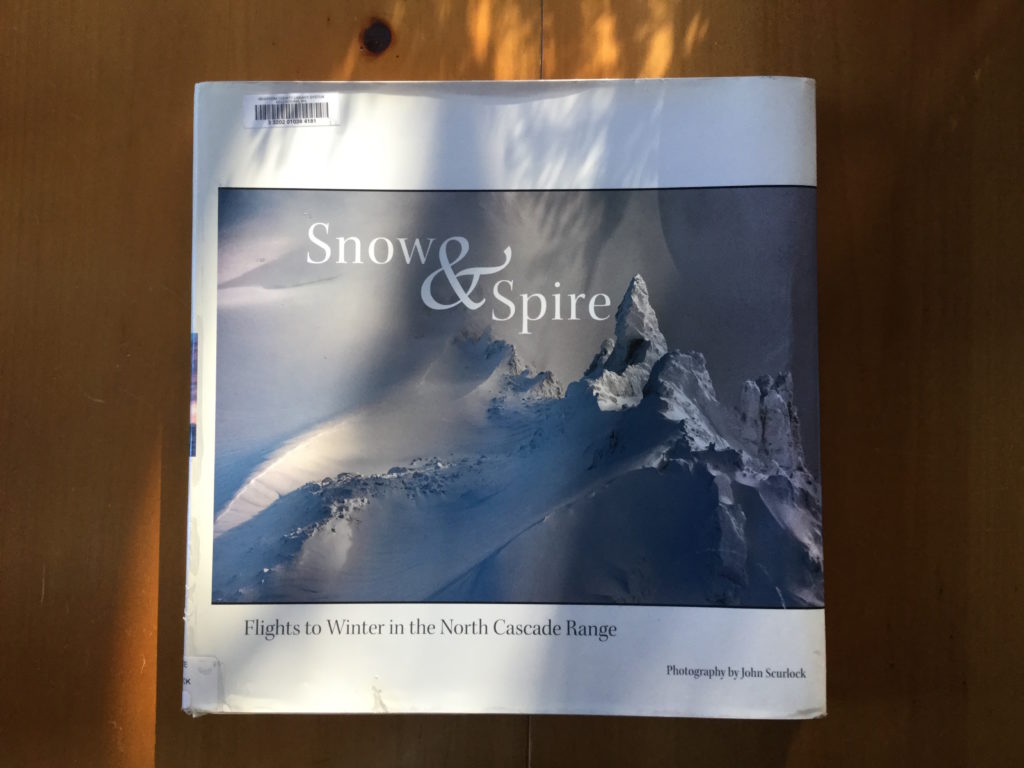 and finally I had a “business card” made up for this website using a photo I took of the the USGS survey marker up there…
if  you would like one — let me know.

Enlarged a bit here it is: 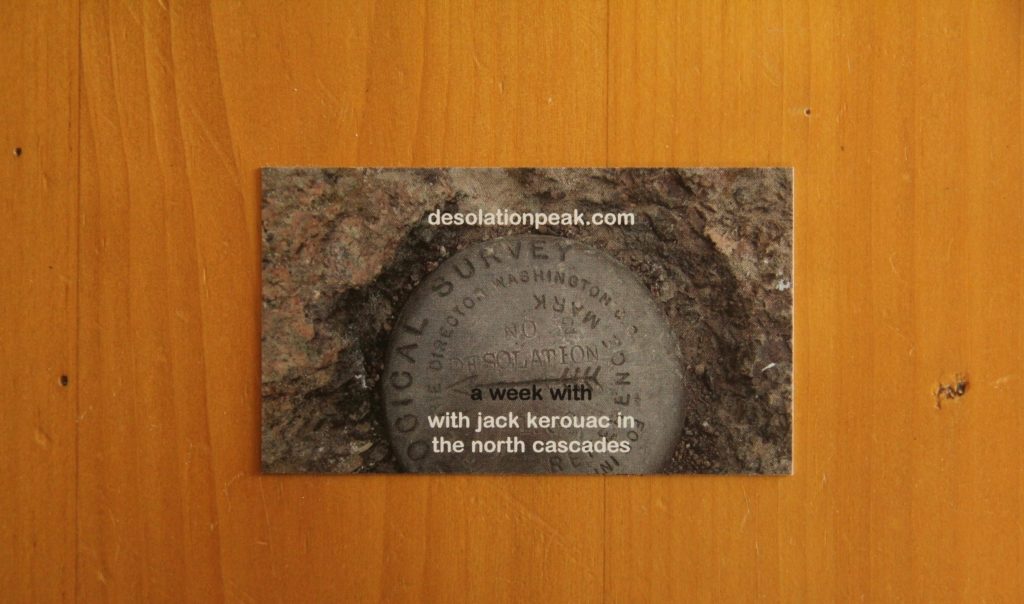