Marie was the Desolation LO for about 6 seasons back around 2005.  She was a quiet, sensitive, introverted person and hard to get to know.  I used to hike up every year and while sitting there looking down at the lake— engage her in conversation.  The first couple years she didn’t say much.  But as she began to trust me– she became quite talkative.  I would bring up a food treat each year for her.  At first it was chocolate and to my surprise ( I love chocolate ) —she would put those aside for ” later ” or to give her brother in the fall.  So one year instead— I tried Roma tomatoes.  Astonished —- she immediately took one and ate it right there in front of me in about 1 minute like an apple.  So after that I brought tomatoes.  : )   About the fourth year she allowed me to pitch my tent at the helicopter spot saving the hike up and down from the campground. Marie had spent a season or two on the revegation crew and was quite sensitive to plant damage.  The Heli spot was devoid of plants — just gravel and dirt.  I also would bring up recordings of Kerouac and listen to them while taking in the views.  Once and only once did she show any interest in listening herself.  The picture is her with my headphones on listening to Jack reading haikus. Marie came from a good size family back east.  She had a heart of gold under that quiet exterior.  Occasionally I would run into her in Bellingham in the off season at the Coop grocery store.  We would stand aside and swap LO stories like two old timers.  Regrettably she passed away a few years back of natural causes —way too young. 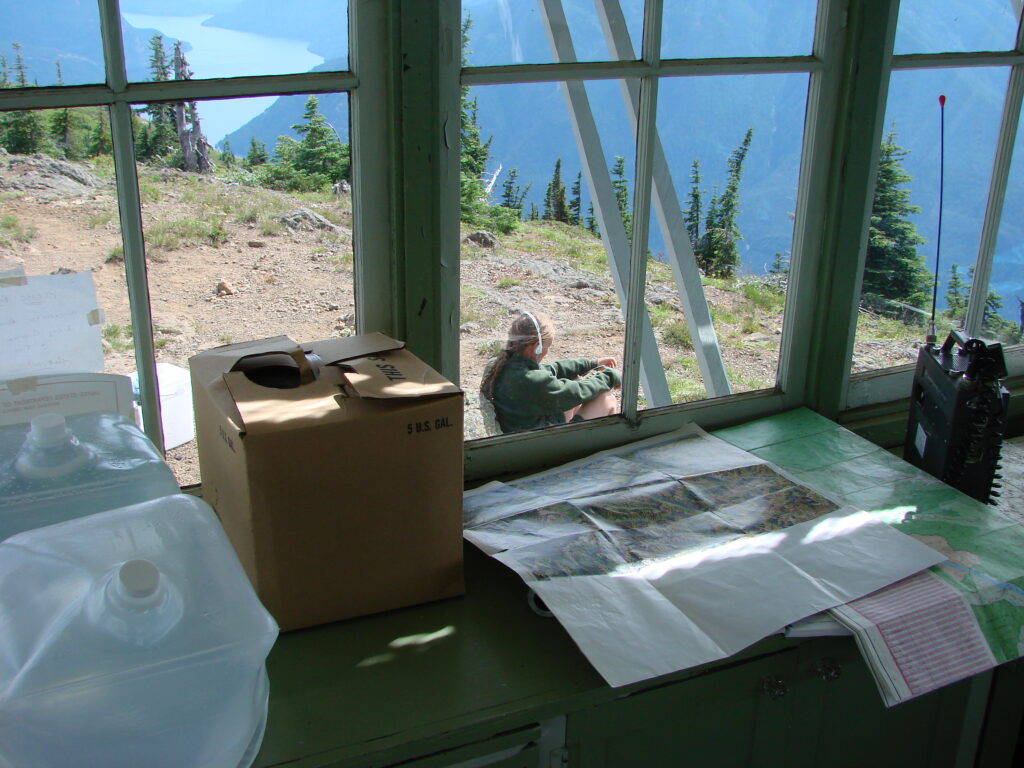 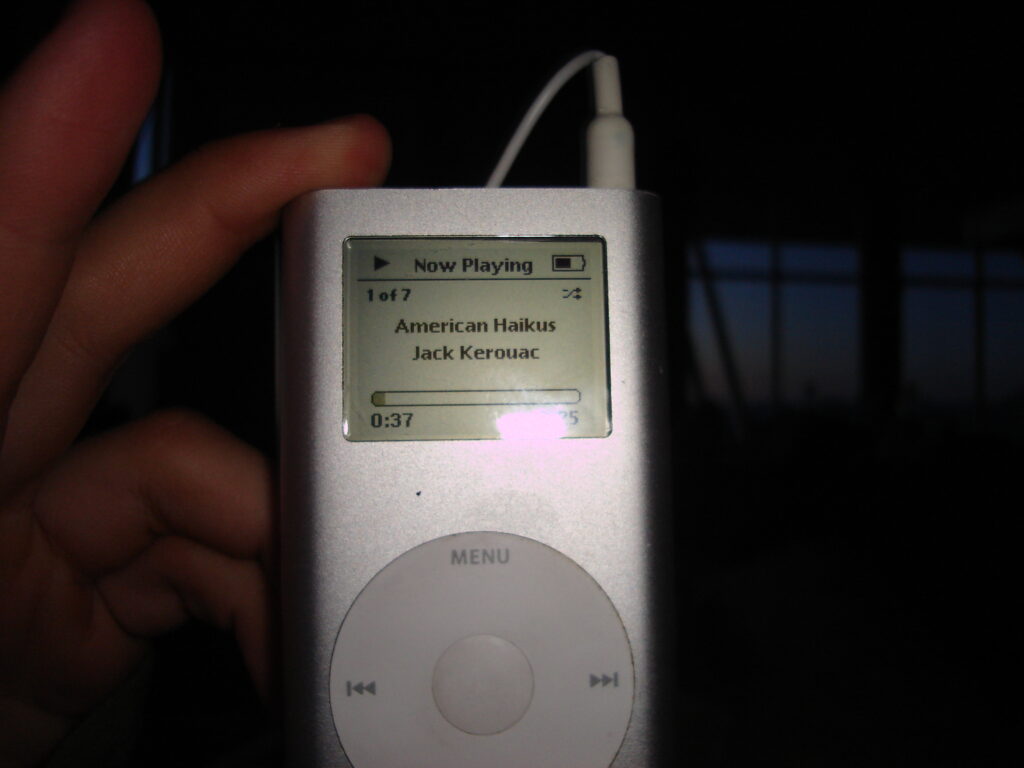