Supposedly Desolation Peak got its name from the look of the fire ravaged peak ” back in the day ” .  I found an article on that here: https://w3.ric.edu/faculty/rdegouvenain/Ageeetal1990.PDF.  Pretty technical by UW Forestry Department.  Here is a small section that talks about the last 150 years:

” In circa 1880, much of the west slope of the mountain burned, and over the next 4 decades small fires occurred in scattered locations around the mountain. Other small fires may have occurred earlier in the record, but could not be identified on the landscape.

The area of the 1919 fire was reburned by the larger fire of 1926.The 1919 fire was romanticized in Jack Kerouac’s (1958, 1960)novels The Dharma Bums and Desolation Angels, although he assumed the burned area was a singlc large fire in 1919.The first fire apparently burned primarily in subalpine forests (Fig. 3K) , whereas the second was part of the 20,000-hectacre Big Beaver fire that started near what is today the south endof RossLake, jumped the Skagit River, and ended north of DesolationPeak (Fig. 3L) . Since the big 1926 fire, only scattered areas have burned in a period whcn a fire suppression policy has been in effect. ”

And here is a map with the full recent history of burns on the Peak….. 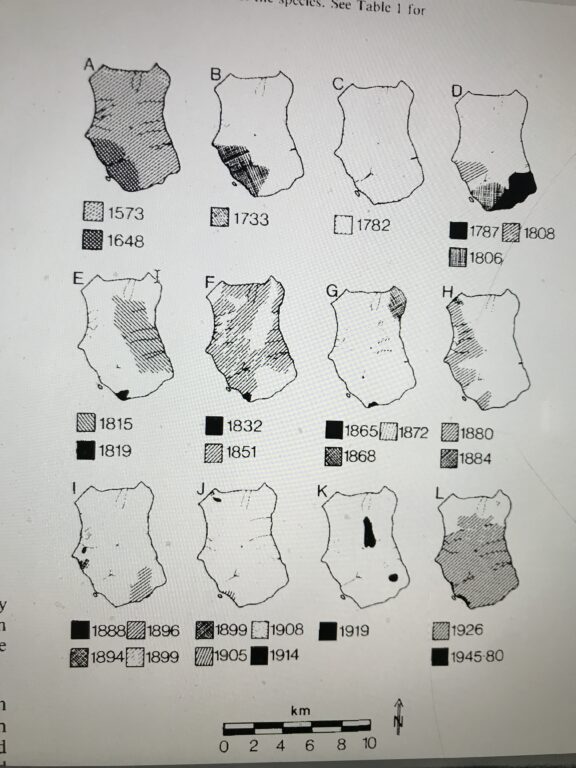