The North Cascades are wave after wave of earth’s crumpled crust. The geologic meeting of the North American Plate and the San Juan de Fuca plate is a very powerful, slow grinding collision……forcing these mountains up dramatically……Jack Mountain rises 7000 feet straight above Ross Lake….and the North Cascades National Park reportedly has more glaciers in it than any other place in the lower 48 states ( even Glacier Park in Montana). It is powerful country.  In the photo above of the new firefinder map at Desolation you can see the crumpling which we call mountains.  In the middle of the map in blue is Ross Lake and the very center is on the Desolation lookout.

The Lookout itself, sometimes called a “cab”, is a unique sort of building ……traditionally 14 x 14 feet with windows completely around including the door. This is a space that instantly feels comfortable if you have lived and worked in one for any length of time……..it’s perfect……you have walls all around you …… but have kept that ability to instantly survey any noise or sight. The roots of this I think goes back to our caveman ancestors who could be attacked by animals or other humans without warning. I particularly feel warm and safe when the wind is howling outside, the subalpine firs tossing and the cold biting. Its primordial, but that wind, especially at night, brings thoughts of bears, or cougars and perhaps bad men. I find solace in the thought that few people would want to harm me are not likely to be into hiking up 4200 f if they even could get to the trailhead. 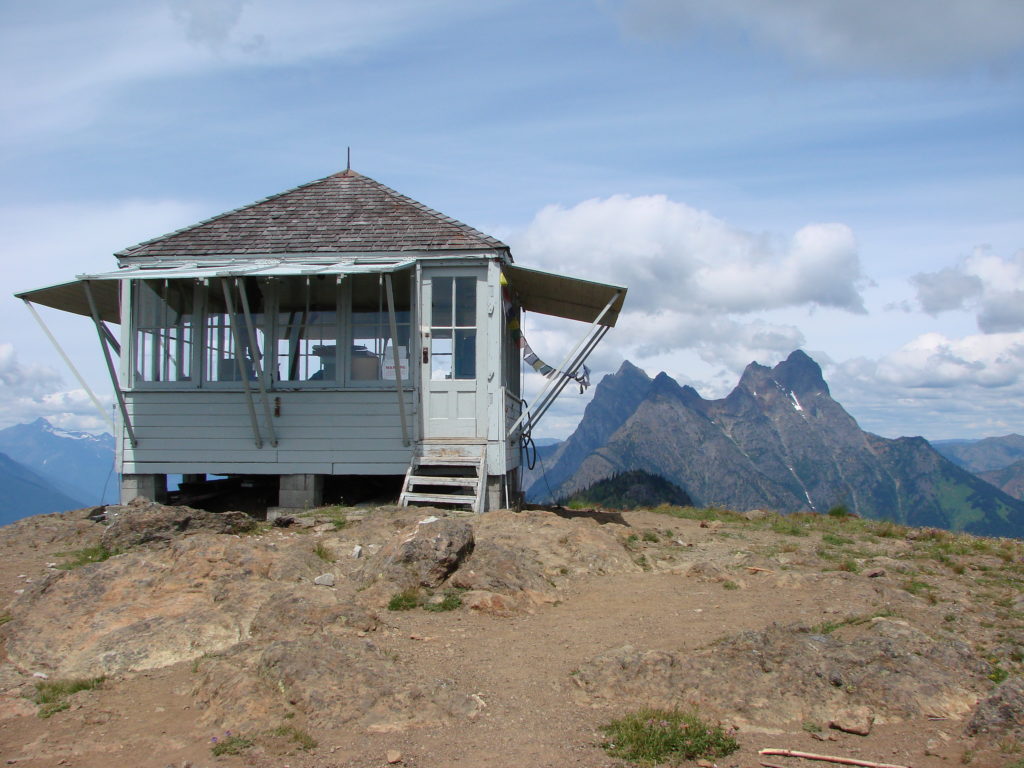 Would you like to see what the cab looks like in the dead of winter ?  Well thanks to the amazing John Scurlock who build his own plane to fly these mountains —>  we have a telephoto shot: 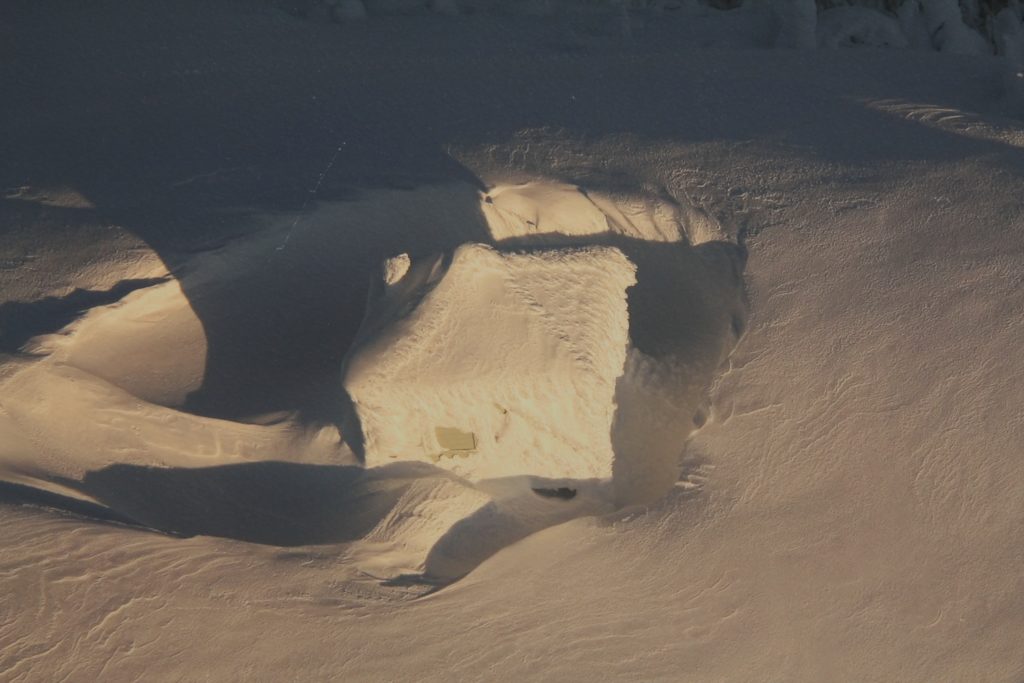 John has a book  Snow and Spire filled with his aerial photography of the North Cascades and other mountain ranges.  I recommend it to you.  John pointed out to me in another area of this same picture are tracks of a snowshoe hare……..boy they must be tough characters ! 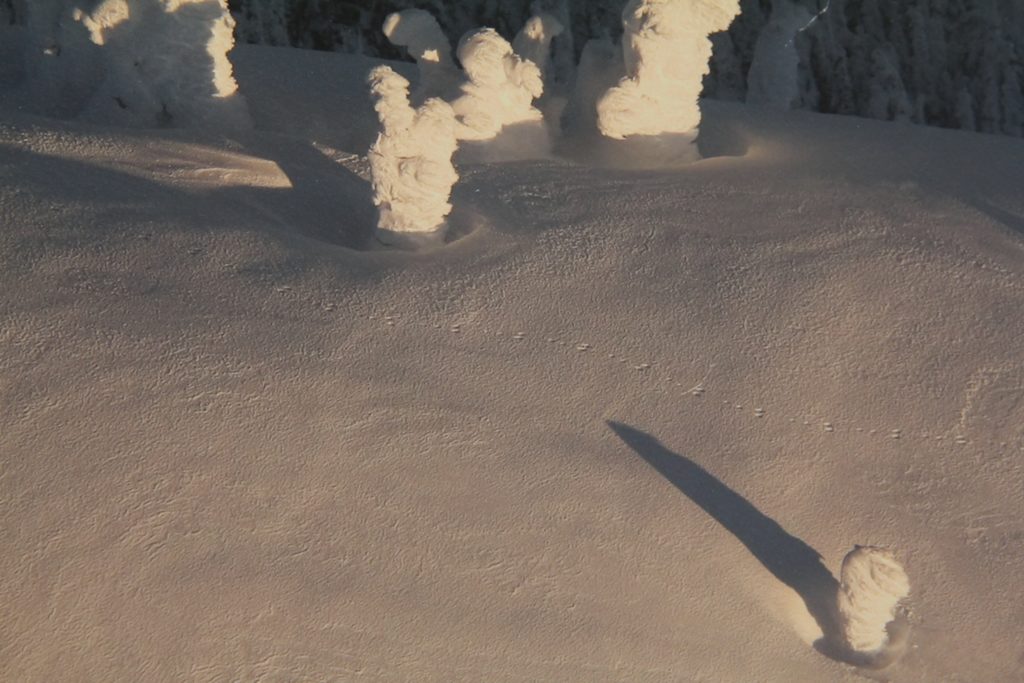 Vimeo has a nice video interview of John and his book you will find at https://vimeo.com/39593589

The heart of the lookout and fire operations is the Osborne firefinder, a circular device that sits on a 45” high wooden stand in the center of the lookout.  The picture of the firefinder at the top of the page is looking straight down at it from above. 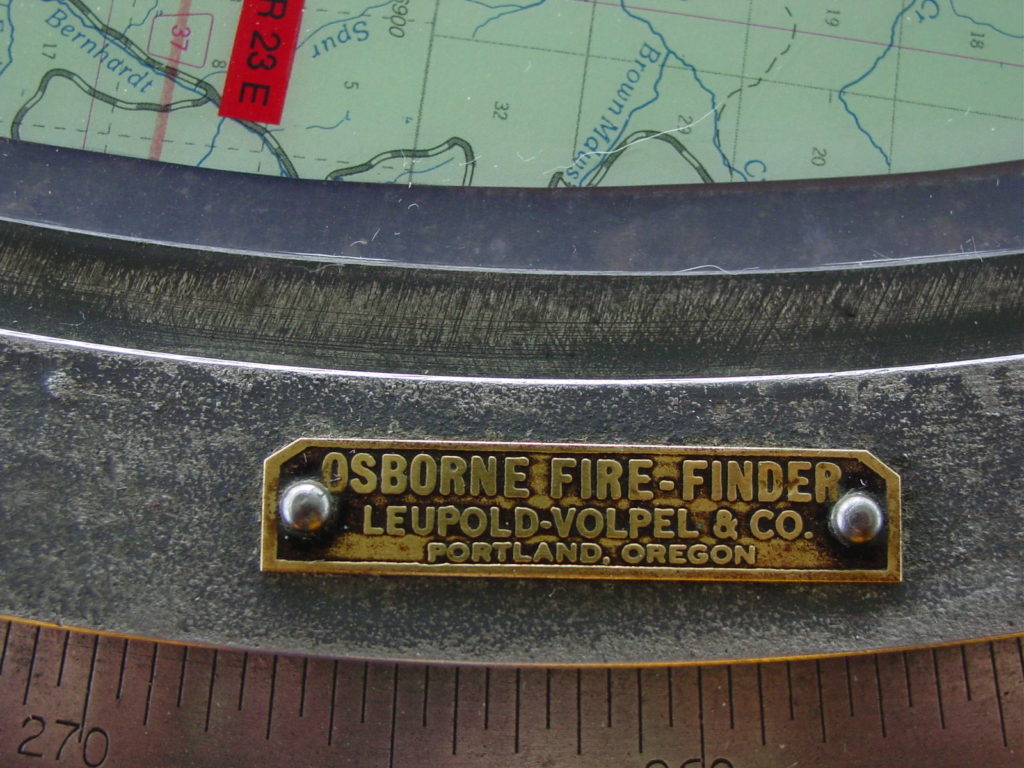 It features 24“diameter map of the surrounding terrain where the LO’s position on the map is dead center. Rotating around this is a steel ring marked in degrees from 0 to 359. O degrees is set to the true north (not magnetic north). Attached to the ring are two vertical metal sights, sort like that on a rifle. The front site where you put your eye is the taller one.  It also has markings to calculate the angle to the fire.  When a smoke is spotted…….the sights are rotated until they point exactly at the smokes location. The bearing in degrees  is read off the edge of the firefinder ( as below –the Y marks the azimuth—here almost 74 1/2 degrees ) and reported by radio to Fire Dispatch. 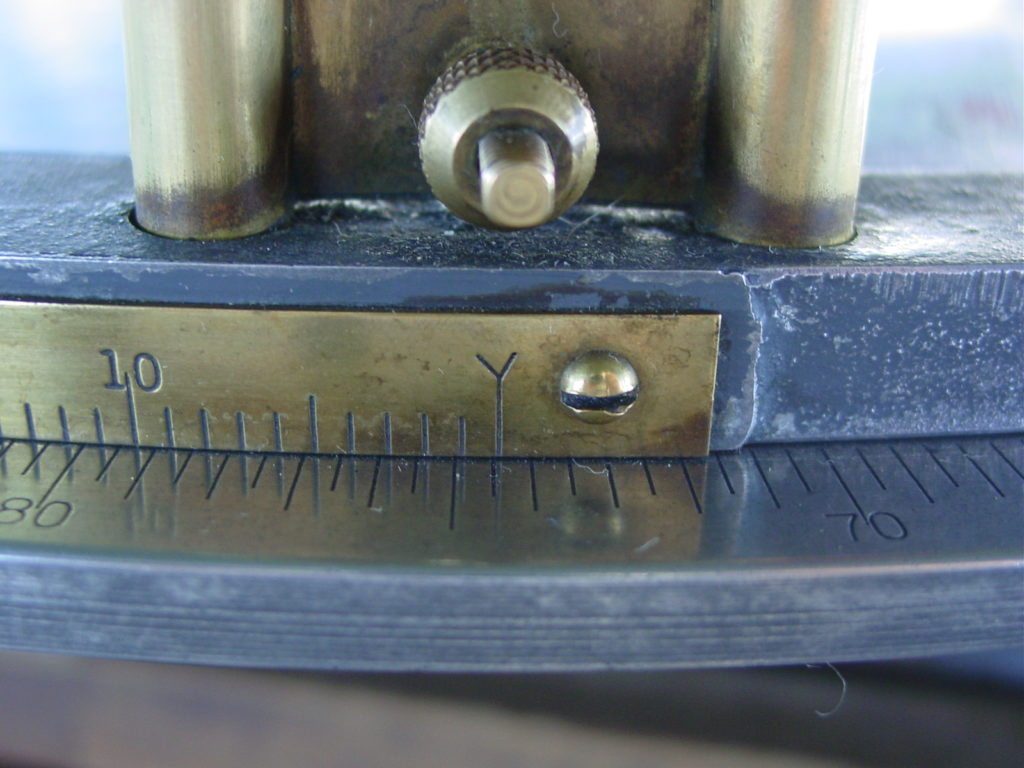