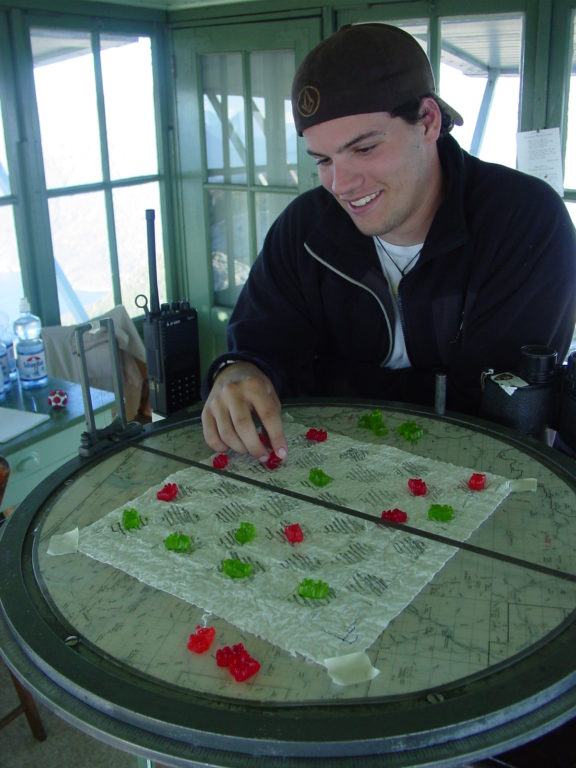 Testosterone is a complex hormone vital for survival of the species but corrosive at times to the body that it flows thru. I think it is the main reason that men die on average about 3 or 4 years before their wives. Or to put it in another way……..the estrogen that dominates women protects them from the wear and tear of life until they run out of it at menopause. Then they begin to age at the same rate as men.

Estrogen is a maternal urge……a need to nurture and connect. So women can bond just sitting around talking.

Testosterone is the warrior hormone……talk isn’t enough till men are old and full of stories…….young men require movement or work of some kind and a common purpose……the teamwork of the hunt. For men to bond……a shared journey works well.

My son Adley came up for the last 3 days at Deso…….riding a boat up the same lake, hiking the same steepness and length of trail, living in the same 14 x 14 foot space, putting up with the same flies and mosquitos, eating limited food and spending the same hours scanning the country. His difficulties were identical to mine.  There  wasn’t a requirement for words or turning over thoughts and judging intent. It is enough to sweat together.

Once over on Sourdough Mountain Lookout some years before—– the Bendix radio inexplicably quit working…..suddenly it wouldn’t receive or transmit. This is a critical problem because without an ability to notify dispatch the LO is worse than useless……it would worry them and they would come looking.

Using the tools we found around the lookout we were able to take the radio apart. The core of the present Park Service issued Bendix King  is pretty bombproof solid state……transistors on circuit boards…… but I still checked for  any breaks or fried components.  None.  We had not dropped it and there were no cracks. So turning my attention to the battery pack……I was alarmed to find it corroded and full of rust on the inside. Looking carefully, I found the problem…….a solder joint on the main output connection had fractured in two. Well I thought this will be easy…….. I tried sticking in small pieces of metal from the supplies drawer, even a metallic gum wrapper to bridge the gap but none worked. My next thought I felt pretty clever……employing a match to melt the surrounding solder and “resolder“ the joint…. alas this didn’t work either and I gave up frustrated after a hour of dedicated trying…..telling Adley that he would have to hike out to the trailhead ( a 5000+ foot hike down—steeper and worse than Deso), then hitchhike 20 miles down to Marblemount Ranger Station, pickup a new clamshell battery pack….hitch a ride back up and hike 5000 feet up while I manned the “silent” lookout. 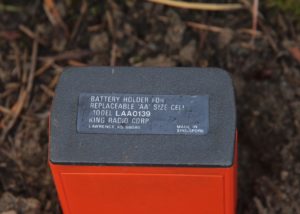 This clearly didn’t appeal to him, it would have been an overnight awful journey……instead he said “ let me try “and starting working with the parts. Meanwhile I took off to shovel snow from our snowbank 100 yards down the trail into pots to melt for water. Coming back up the trail……I heard him yell “I got it” and sure enough back in the LO, the radio was talking again. It worked the rest of assignment and even the bumpy long hike down. True bonding of the best kind……where the son beats his old man at a critical task.

Days later back in Mablemount when we turned in our equipment to Andris, the fire boss, I told him about the battery pack. “Huh” he said and twisted off the bottom orange battery case and then held it up in the light and rotated it—- looking it over carefully…..and then he said “ Oh yea, this is the one that I left in my pants pocket and it went thru the washing machine…….”  !! 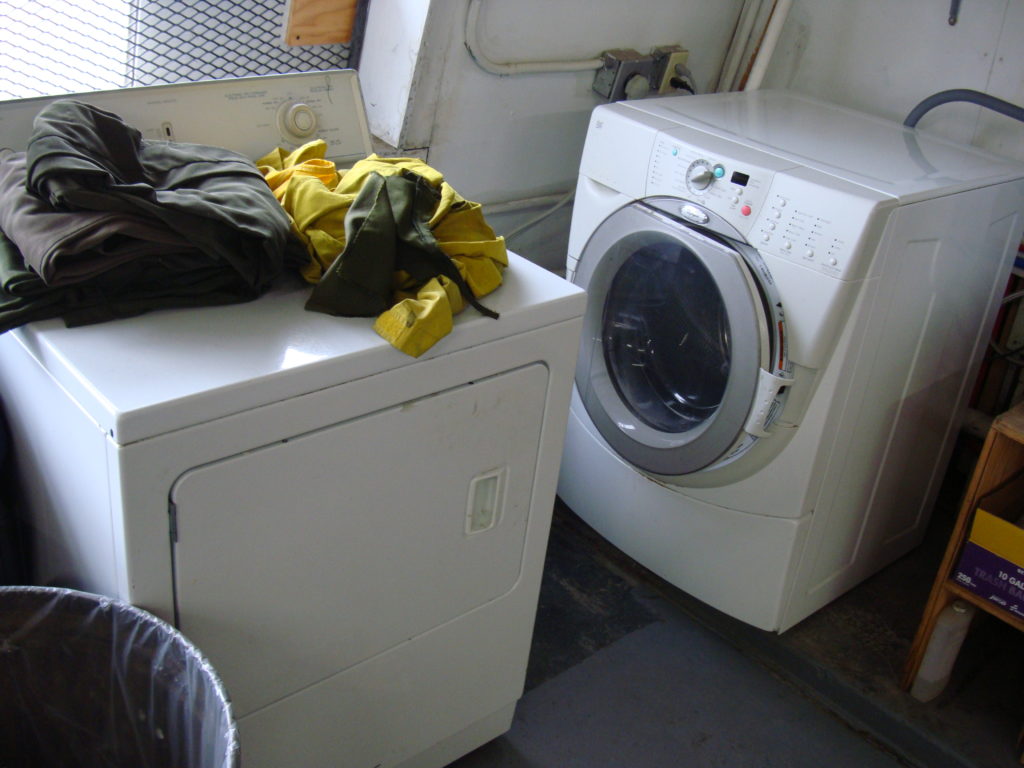 Over the years I had a tradition of giving my son a different hacky sack when he was able to join me on a lookout assignment.  This is one I gave him on Deso that year. 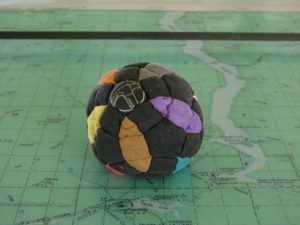 And here is a sentimental picture.  Back in 2000 – -my son Adley was turning 15 and I was turning 50 — we hiked up Desolation, made camp and then hiked up the rest of the ridge to the LO for sunset.  Marie who was the LO that summer took our picture together.  I held one hand next to his to signify 15 and then kept one hand out by itself to signify 50.  Not best quality picture because of the backlight but a great memory. 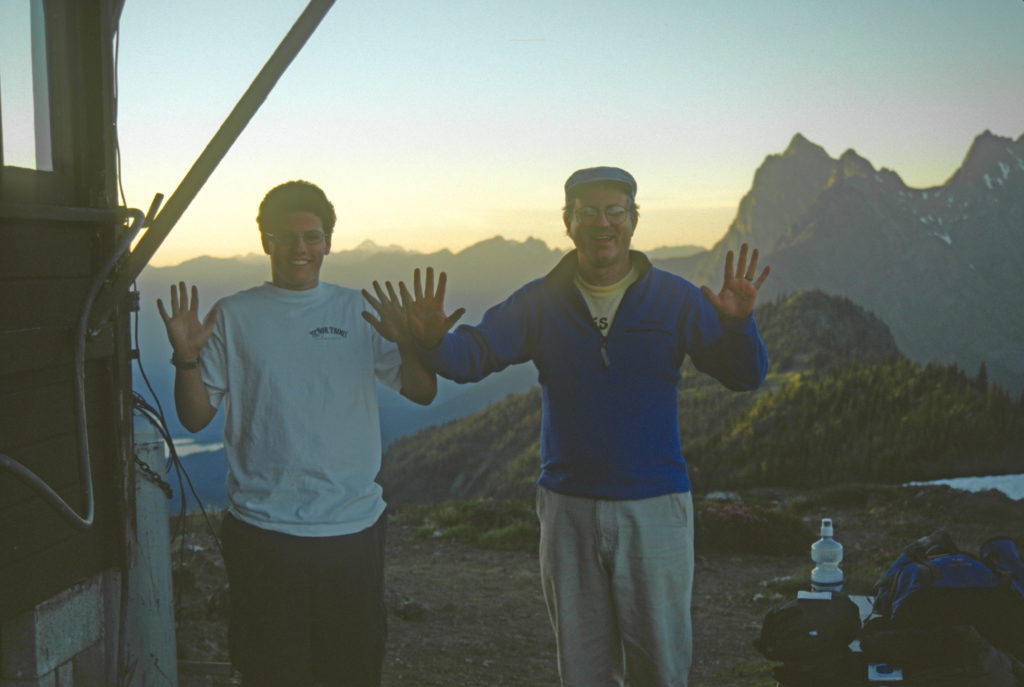