Kerouac had a elaborate paper based scorecard baseball game he played at Desolation to whittle away the time. It had teams and players and he scored the games in much the same way real games are played. Isaac Gewitz has written a book on it: 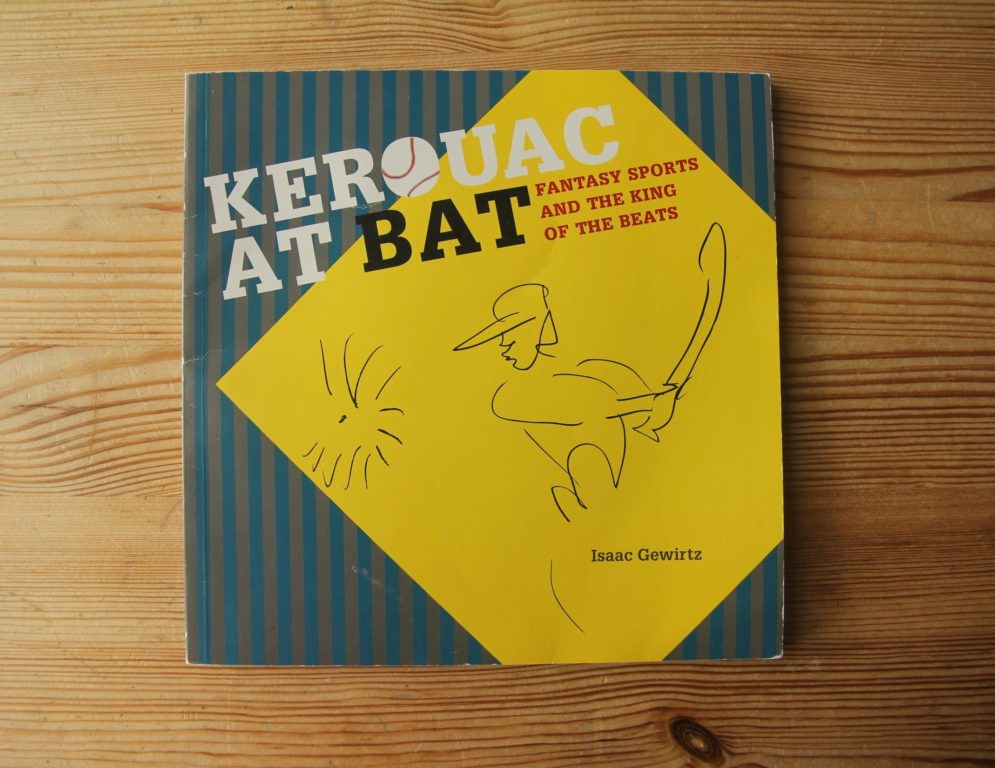 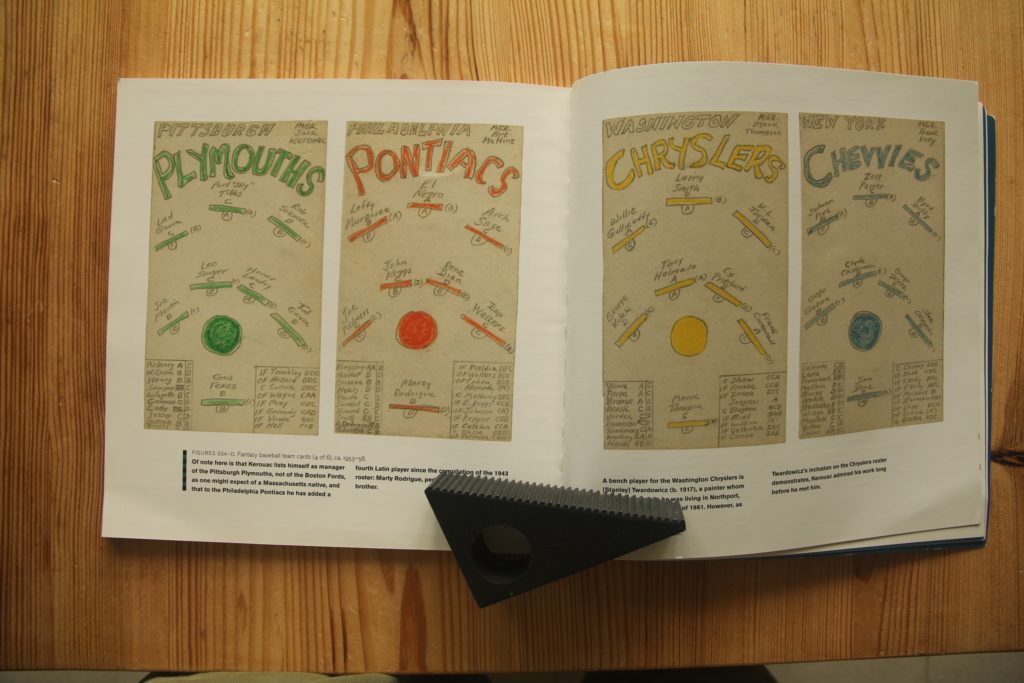 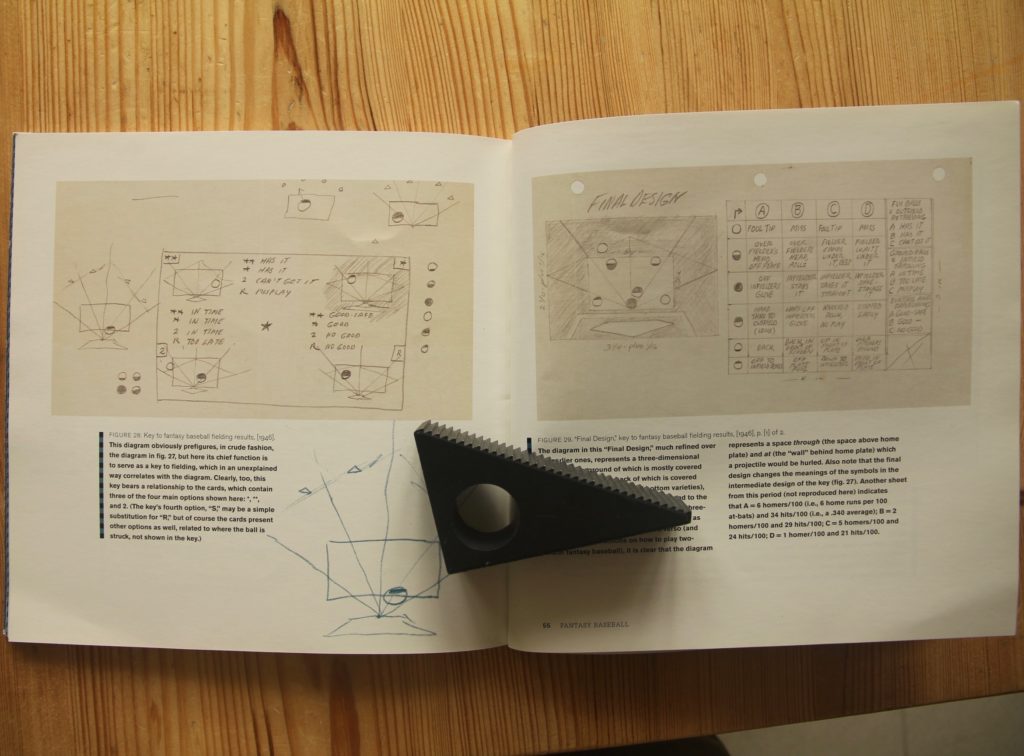 I had two specific games of my own based on the lookout:

The first was to guess the azimuth of a given peak. I would have visitors take my folding topo map and pick out a nearby peak, name it and I would guess the azimuth. It is a good way of learning the topography. With no one around, I would play it solo by giving myself an azimuth and trying to name the nearest landmark.

The other game, I called “Snickered”. I invented it one day and continued to play until I used up my one Snickers bar. With this game……if I heard an aircraft overhead…I would hustle out of the LO and try to find it in the sky ( with the binoculars if necessary ) before it disappeared. If I was successful I would give myself 1 point. Over the course of several days when I had collected 5 points, I would cut off 1/5 of the bar, and slowly eat it.  Ummmm……. chocolate is very rare up there. 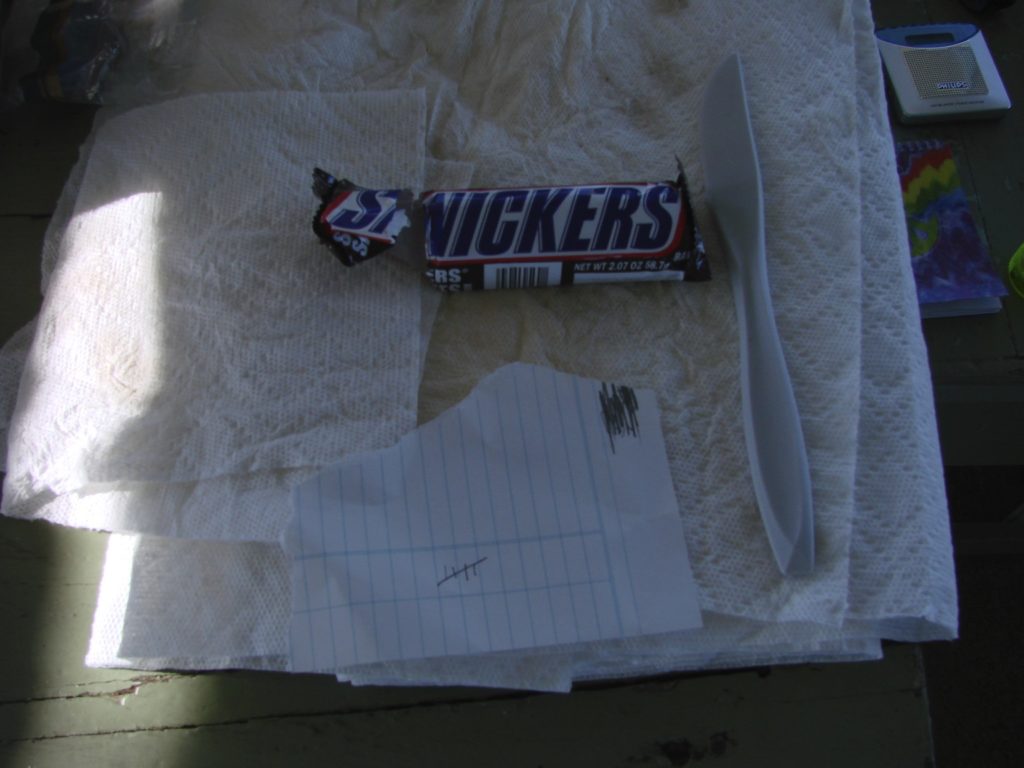 Curiously it turned out that a totally clear sky was the toughest sky to “score on”. And if I stepped out of the LO and couldn’t find the aircraft before the sound went away……I called it “getting Snickered”. Over time I began to also use this phrase for simply for a clear sky by itself which would bring a long hot day……and so seeing one of those setting up in the morning…..I would say to myself…..”Well, looks like I am going to get Snickered today….meaning ….I was going to be beaten down with heat and flies.

Interestingly this looking for airplanes in the sky has become a habit and so even now if I am inside my home or a building and hear the sound of an airplane or helicopter — I try to go outside and see if I can spot it.

Is funny how you can be miles from the civilization and still see reminders…one afternoon I saw the British Airways flight overhead that goes each day from Seattle to London at about 3 PM. It is the very flight that my son Adley and I took to Europe some years ago. I then looked for it each day…….like an old friend.

One evening a fellow came up with a guitar to play “a few songs for Jack”. When your only music is thru headphones, it was unexpectedly wonderful and dramatic to hear live music. It blends with the ambient sounds of the evening ……I think the birds and marmots enjoyed it too. The songs seemed to be mumblings or ones that I didn’t recognize with one great exception……King of the Road by Roger Miller. After the fellow left, the song stuck in my mind for the next couple of days and slowly I adapted it to my life on Deso.

“sung to the tune”

Lookouts for sale or rent
room to let by NPS
no phone, no heat, no lights
I ain’t got no spare propane
Ah, but….24 hours of watching
buys a 14 x 14 foot room
I’m a man of means by no means
King of the Peak

1/2 day up, 1/2 day down
destination Desolation
old worn out pack and boots
I don’t pay no union dues.
I eat hiker handouts usually
small and not much around
I’m a man of means by no means
King of the Peak

I sing,
lookouts for sale or rent……..

And this got me thinking about my old self appointed theme song as a University of Washington premed student trying to do well enough to get into medical school. It was very competitive in those days and I found myself —a small town eastern washington kid—-  up against kids from sophisticated private high schools in the Seattle area and fraternity boys with test files……so I used to hum The Boxer by Simon and Garfunkel…… I adapted it for Deso as well……one cold foggy day:

“sung to the tune”

I have squandered my life below
for a view up here
such are Park Service promises
no heat, no lights, no cooler
not even snow this year

still a man sees smoke
and disregards the rest

when I left my home
I had no more than a boy
in the company of firefighters
and noise of dispatch
Hiking upward, moving slow
seeking out my poorer quarters
where lookouts go
looking for only places that
they would know

asking only GS IV wages
I go looking for a job
at first no offers
just a come on by FMO
I do declare
there were times when I thought
I would never get back up here.