( from a painting by Chili Thom )

Fire is the reason the Lookout was built back in 1932. It is what I am constantly watching for.  It IS the main event….the reason anyone gets this job. In the visual universe of Desolation — most fires would be started by lightning.  Of these fires, some would be suppressed ( fought ) if threatening life, buildings, power lines, etc.  But most would be left to burn…..what fire management folks call ” Fire Use Fires “.  At first glance it is counter intuitive to let a forest fire burn………but it is part of a natural cycle—-opening up the forest and allowing new growth.  From a fire management persceptive it does the very important job of reducing the ” fuel load ” —- the dry dead organic material like decaying trees, ground litter and dead bushes in an area.  Getting this burned up reduces the size and aggressiveness of fires that do subsequently happen.

You have to be careful as a lookout not to call in permitted  fires like those in established campgrounds or maybe where a trail crew is working.  I have though called in illegal fires— people who have a small campfire usually in violation of the campfire prohibition in the summer.  Some of these folks are caught and fined.  They probably wonder how anyone ever found out — unaware the a person was high on a nearby peak with a radio…..

So what does a fire look like from Desolation ? Here are two to the northeast near Freezeout Mountain:

These are not what firefighters call ” starts ” or very early fires because the have been burning for a week now.  Notice how the color of the smoke is a little different than that of the clouds ? That helps the lookout decide it is smoke rather than ” water dogs ” or lying clouds. 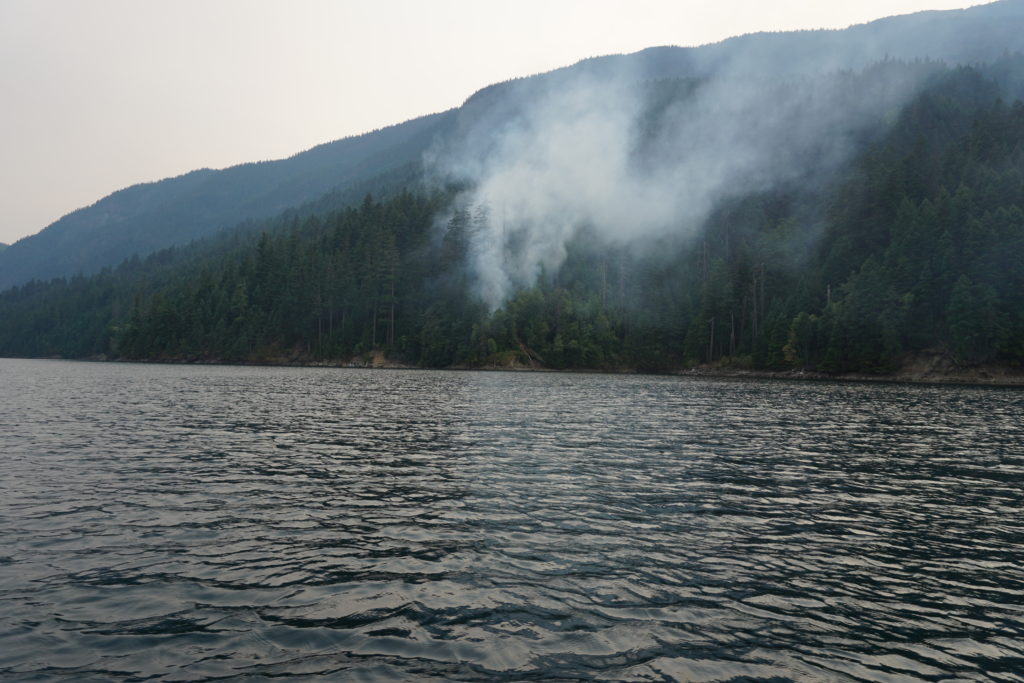 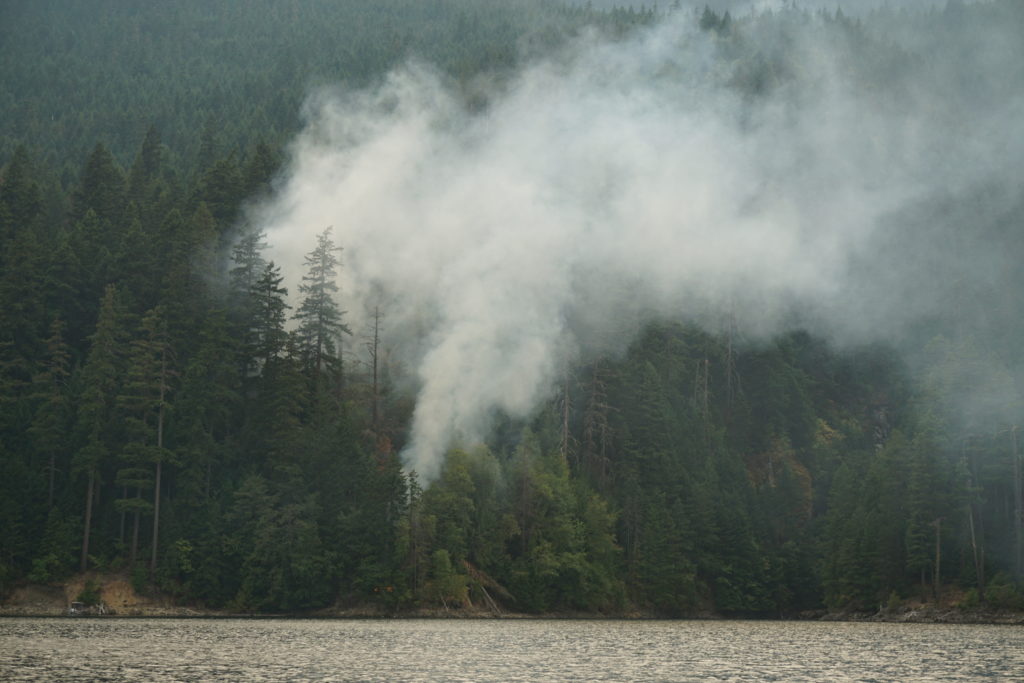 Fighting fires is a whole different and complex subject but inevitably Fire Dispatch will want to know each morning what the fire’s behavior has been and what it is doing now…..so the lookout not only finds new ones but monitors existing ones.  Sometimes the fire managers will establish a closer in outpost or lookout to spy on a particular fire…..with a helicopter you can “drop” a firefighter on a nearby ridge with a front row seat.  This provides additional safety to the folks at the fire in case it makes a run, the wind carrying embers downwind to a whole new area or there has been a wind shift.  Norman MacClean’s Young Men and Fire was a classic tale of tragedy in fire strategy and behavior.  Another one was a large fire on Storm King Mountain back in 1994 that cost 14 lives and recently here in Washington State in 2001 — the Thirty Mile Fire in that claimed  4 lives.  Also the tragic outcome of the Granite Mountain Hotshots in the Yarnell Hill Fire of 2013.